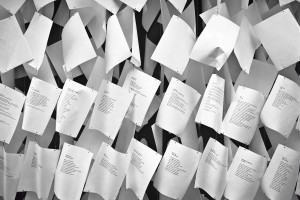 There is a lot of talk about the value and importance of role models, particularly in the diversity arena.   Stonewall recently published their role model guide, organisations like the 30% Club talk about the importance role models in addressing gender equality in the boardroom and then there is the great work of Diversity Role Models in schools – to name just a few.

Role models offer tangible evidence that people who share our gender, ethnicity, culture, sexual orientation, class, disability, religion or other important aspects of our identity are out there and thriving.  They feed our appetite for stories that prove success does not have to look and sound one way.

This focus on role models is a great thing – but the term itself comes with baggage.  It can bring with it connotations of infallibility, extreme seniority, perfection, super-human achievement and perhaps even arrogance.  It can seem like a precarious pedestal for the few not the many.  We tend to find it easier to point to people who have been role models for us than we do to accept that we may be role models ourselves.

Until each of us embraces our potential as role models, any progress towards truly inclusive workplaces will be pedestrian at best.  We need to reclaim the term “role model”, make it more accessible and then own up to being one.

It is an uncomfortable fact that if there are less of “you” in your workplace then you’re going to be more conspicuous.  If you are a senior woman in a law firm dominated by male partners, then people will be watching you, making value judgements and also drawing conclusions about what your example means for them.  A young woman who has just joined the firm may be scanning for clues about what it takes to get on round there.  She will mentally file away how a meeting was run or the dynamics of an exchange with a Board member.  She may start to change her own behaviour as a result, or perhaps form opinions about whether this is – or isn’t – the place for her to pursue her career.

A male partner in that same law firm could easily reinforce the sense that difference isn’t welcome and he is part of an exclusive elite.  But that need not be the case.  He could instead be open about his own sense of difference – perhaps his upbringing, schooling, invisible disability or family situation.  He could be transparent about how people are promoted, actively sponsor others or quite simply demonstrate a day-to-day receptiveness to alternative points of view.

The point being made here is that we are all role models – good, bad or indifferent – because we affect those around us. The choice is not whether we are a role model or not but rather what quality of role model we want to be.  On this basis a positive role model could be defined as someone who “understands their potential to influence others and intentionally exercises that power to help create more inclusive environments.”

The best role models are very much themselves – they are authentic and therefore not exactly like any other role model.  That said there does seem to be some common ground amongst those who are willing to stand up and be counted.  They share a sense of responsibility towards others, are at ease with their own fallibility, demonstrate that their behaviour aligns with their values, have a good sense of self-awareness and tend to reflect on their actions so they can learn from them.  They also have gumption – a determination to be themselves, challenge the unacceptable and see beyond their own self-interest.  They don’t mind that they won’t be everyone’s cup of tea – but know that their example will be useful to some and that’s enough.

Role models are ordinarily extraordinary. So this is a call for a New Role Model Army.  The more there are of us there are out there, at all levels of organisations and across all sectors, the better.  We will tell a richer range of stories and offer more possibilities of being different and successful to our friends, colleagues, employers and the generations that follow us.

I confess I have been in a bit of a huff recently.  Specifically a feminist huff – but don’t let that put you off – a healthy bit of huffing is underrated.  Any organisation that can tune into where the huffing is coming from is going to have some valuable intelligence about what matters to at least some of their people.  And then they can choose what to do about it.

So to the huff….I was incensed by the all-male shortlist for Sports Personality of the Year and then deeply frustrated by stubbornly stagnant figures on women in leadership positions.  My mood was not improved when reading a recent article about the woeful absence of female voices in the media http://www.guardian.co.uk/lifeandstyle/2011/dec/04/why-british-public-life-dominated-men.  Women only made up 28.5% of the contributors to Question Time and 16.5% to the Today Programme during a monitored period.   These are meant to be flagship programmes informing and sometimes even shaping national debate around some of the most critical issues of our time – and they are demonstrably lacking female voices.

The defensive merry-go-round that gets trotted out in response to those taking issue with this skewed lack of representation seems to go something like this.  Women don’t want to be tokens – followed by an invariably tokenistic quotation from a senior woman saying just that.    Then there’ll be some reference to the importance of promoting people purely on merit.  And if it’s a really good day there might be some comment about how the system seems to have worked pretty well so far and any lack of female representation is a blip – yes, I am talking to those apologists for the SPOTY travesty.

The main point I want to make is that if bias is built into a system – often unconsciously – it will lead to biased outcomes.  If only 3-5% of coverage relates to women’s sports and the vast majority of sports journalists and editors are men then it is little wonder that the UK’s four female world champions lack the profile to make it onto SPOTY.  Similarly in organisations, if promotional boards are male dominated, business is conducted through networking that favours male participation and working hours are structured to favour one gender over the other – then it is deeply unshocking how few women make it to the top.  We can also see our political classes tripping over themselves with certain ill thought through policies, signed off in predominantly or exclusively male gatherings.  And don’t get me started on “Calm down dear.”

If we want to change the outcomes then we need to look at significantly changing the underlying processes which lead to those outcomes.  If you want more female winners of SPOTY, get more funding and coverage of women’s sport.    If you want more women at the top echelons of organisations you need to ensure recruitment and promotion processes have women interwoven at every stage.  Then build in disciplined and consistent monitoring that tells you what’s actually going on for example in tracking career fall off points, organisational hot spots and what works in accelerating female talent.

And another thing….the idea that “merit” is an abstract, incorruptible and perfect ideal is nonsense.  Merit is defined in context – for example deciding that what matters most is hours worked is not a “true” mark of merit, it is a relative mark of merit established by that specific organisation.  With a charming twist, even those relative marks of merit can then be applied differently depending on gender.  A contact recently discussed sitting on a recruitment panel with three men, three women and a male chair.  A female graduate applicant came in and by her description “blew my socks off – she was a definite yes.”  Her two female colleagues concurred.  The three men on the panel rejected the candidate outright, describing her as too aggressive.  The chair had the gumption to ask them if they would have felt the same if she had been a male candidate – somewhat to their credit they confessed that they wouldn’t and she was hired on spot.  Without women on the panel this would have been another rejection that went under the radar.  This in turn creates a bias in the preferred female personality types being hired…. and then compelled to go on excruciating assertiveness courses.

To repeat the mantra, if you want to change the outcomes, then change the system.  In workplaces you could really dial it up a notch and go all Scandinavian with parenting policies that mean men and women both have to take parental leave.  The affect of children on career trajectory may start to be considered to be more relevant if it impacts more obviously on both men and women.

…. And if you’re being extra brave – change the game, stop faffing around and introduce quotas on Boards, or in a media context simply refuse to have a panel that is all male – ever.  You never know – the world might keep turning.